The natural hair movement is focused on encouraging women with African ancestry to celebrate and enjoy the natural characteristics of their kinky, curly, hair texture.

The natural hair movement is represented by a group of African women that provide encouragement, advice, product reviews, hairstyle tutorials, and much more to other women that are interested in leaving the creamy crack and going natural.

It’s important to note that the natural hair movement expands beyond the United States in other countries with women of African ethnicities.

We consider “chemical-free” hair impracticable since water is considered a chemical substance. People of African ancestry generally have natural hair types that can be worn naturally, coiled, or curly.

The Term Nappy is Often Considered a Pejorative

“Nappy” is a term that’s been used to describe natural hair since the days of slave trading.

When used to emphasize the difference between natural hair and European hair, it took on a derogatory meaning. Today many African American women are reclaiming the word.

There are some women who identify themselves proudly as “nappy girls” and have given up relaxers and other extreme treatments in favor of growing their hair out in its natural state.

The potential hairstyles available to naturals range from the very simple TWA to more sophisticated styles like bantu knots.

As you can see opting for natural hair doesn’t necessarily mean abandoning cute hairstyles or even flat ironing your hair.

There is no hard-and-fast rule about which products and styling habits are “natural” and which aren’t natural. 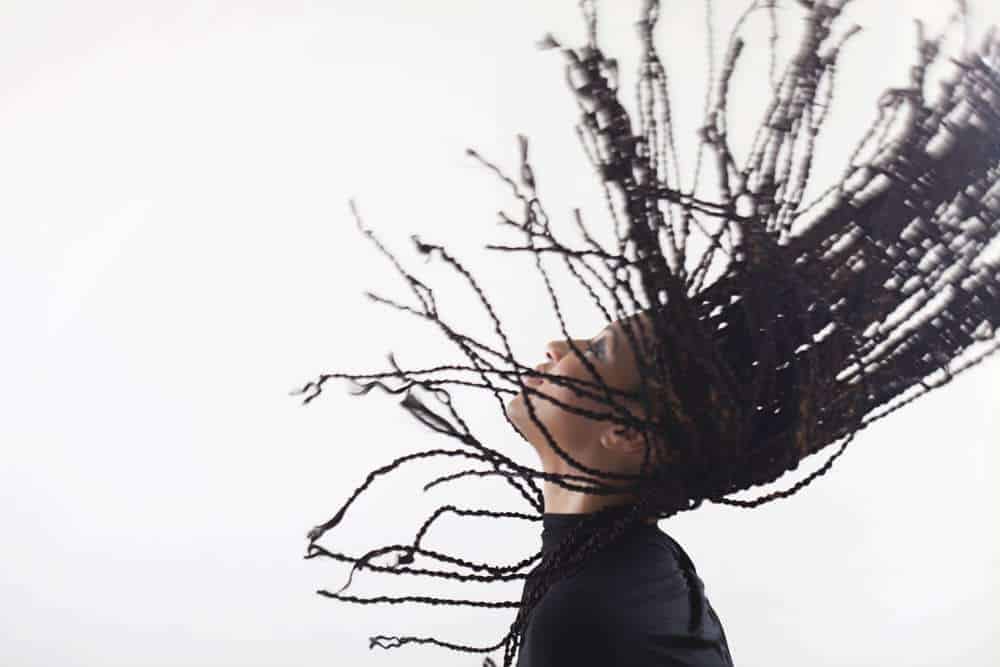 It’s useful to examine the complex relationship between women of African heritage and their hair in a retrospective way, working in reverse chronological order.

2005 saw the promotion of an underground, independent documentary titled “My Nappy Roots: A Journey Through Black Hair-itage”.

The film won many awards on the independent film circuit and played widely at colleges.

The documentary used years of research to uncover the deeper meaning of the term “nappy.”

Covering more than 400 years of history, My Nappy Roots culled the highlights from 200 hours of footage to paint a realistic portrait of Afro hair culture and its journey from Africa to the Americas via the slave trade.

The film’s thorough and unflinching look at the way black hair was manipulated (both literally and metaphorically) made it the definitive work on the subject.

According to tradition, the source of the word “nappy” is tied intimately to the production of cotton on slave plantations.

The tuft of cotton which forms on the plant prior to harvesting is called a nap. The term was adapted to described textured hair because of the supposed similarity to the tuft of cotton.

Due to the power disparity between the slave’s culture and that of their masters, straight “white” hair was cast as desirable while natural hair was demeaned.

My Nappy Roots, despite its underground popularity, was never released commercially.

The introduction of film on a similar topic (Chris Rock’s 2009 release “Good Hair”) sparked a very well-known lawsuit and finally brought the debate about nappy hair and chemical straighteners into the public spotlight.

Once My Nappy Roots was finally released to wider audiences, the term “nappy” began to spread across national and cultural borders.

Now Black women in the US, the UK, France, Africa, and countless other regions were starting to see the beauty inherent in nappy hair.

This emerging cultural shift is challenging the association of nappy hair with the ugliness that has been deeply ingrained in many mixed-race cultures, especially within the United States.

This has led more women to give up the artificially-imposed mandate that hair has to be straight to be beautiful.

This new enthusiasm for natural hair comes at the same time as a major rise in organic products for hair care.

Although, the natural hair movement still has a long way to go. It is estimated that more than 90% of African American women have had their hair straightened at least once.

In earlier decades (the 1980s), the Jheri Curl became a popular style in the African American community. Celebrities like Michael Jackson and Ice Cube sported the style, popularizing it in the mainstream media.

These were also the years that saw the rise of dreadlocks, which were popularized by Rastarianism and reggae music culture.

Back in the 60s and 70s, racial relations in the United States were tense and strictly segregated. This time of political upheaval and African-American activism saw the rise of more natural hairstyles as a form of political awareness.

Angela Davis, a prominent member of the Black Panther movement and a human rights crusader, sported a famous Afro.

The Afro, which was soon adopted by singers and other celebrities, came to symbolize cultural independence for African Americans.

The previous century, stretching back to the end of the Civil War had been extremely challenging for Black Americans.

The thought that straight hair was beautiful hair was increasing gaining steam, leading many individuals to straighten their hair in order to be accepted.

In many cases, employment was contingent on treating natural hair to change its appearance.

As with earlier trends in textured hair, the natural hair movement has gained momentum today thanks to its adoption by some notable celebrities.

From an all-time high of more than $750 million in sales, the amount of hair relaxers sold has dropped by more than 25 percent in the last five years.

Some future projections estimate that sales will be only 45 percent of their historic high by 2019. Though this particular type of product has fallen out of favor, women who prefer natural hair are spending more on hair care than ever before.

Suppliers and marketers have certainly not let this fact escape their marketing plans. Consumers with natural hair make up a lucrative market for hair products.

Well-known companies and brands are eager to reposition themselves to cater to customers with a goal of going natural.

Relaxer production is being scaled back, and many manufacturers are introducing or promoting products which suit a more natural look instead.

The impact of social media on the purchasing decisions of black consumers who go natural cannot be ignored.

YouTube video tutorials and hair blogs are especially important, as novice “naturals” rely on this information for hairstyle tutorials, recommendations, and product reviews.

It seems that ladies are starting new natural hair blogs almost every day.

The Controversial Side of the Natural Hair Movement

There can be significant pushback against naturally curly, protective, and other non-straight hairstyle choices.

Natural hairstyles are sometimes considered “unprofessional,” and it has even been turned into a fireable (or expellable) offense in some venues.

Kenneth Byrd holds a BS in Accounting and Management Information Systems and an MBA from the University of Alabama at Birmingham. He is a serial hair blogger that has been writing about hair care since 2008, when he co-founded Curl Centric and Natural Hair Box. Curl Centric is a website operated by a husband and wife team that encourages healthy hair care.