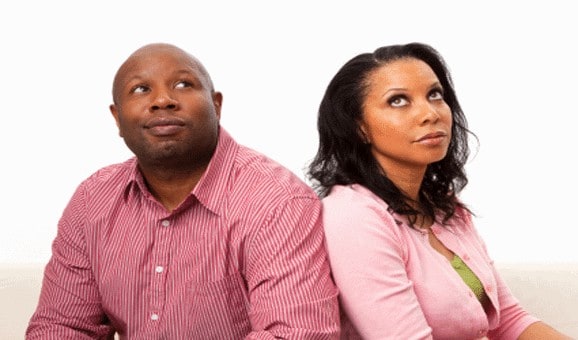 I eventually ask all of our newsletter subscribers the following question: “Is there anything you want me to write a blog post about”?

Over time, I’ve received several different responses and now have a long list of topics that our subscribers want to hear about, but today’s topic is a bit controversial.

One of our subscribers asked me to write about the following topic: “What do men really think about natural hair?”

While it’s impossible for me to speak for all men, that’s never stopped me before.

I think everyone already knows that I’m an advocate for natural hair, so instead of giving my viewpoints, I’ll tell a story.

Once upon a time, in a land far away, there was a newly married couple named Patrick and Keisha. Patrick truly loved his wife, and mutually Keisha loved Patrick. Throughout their childhoods, growing up, both had mostly been exposed to relaxed hair.

Keisha, who was considered by many to be very pretty, had been relaxed for many years – including the entire time she had known Patrick. Her husband, Patrick, was very proud of her and had pictures of her up everywhere in his office at work.

One summer night in August of 2010, Keisha, who worked full-time as a registered nurse, decided that she wanted to go natural. She had stumbled across a popular natural hair blog and started reading it every day – consuming information and learning rapidly. Honestly, she had become obsessed with natural hair.

She knew this was going to be a drastic change for her and Patrick, but she had made up her mind.

While looking at herself in the mirror, Keisha made the following comment – “I love myself and the hair that God gave me regardless of how it looks. I’m going to embrace it and learn to care for it properly. I’m going to big chop and start my natural hair journey.”

The entire time, in the back of her mind, Keisha knew she would eventually have to tell Patrick. She started to tell him immediately, but ultimately decided to sleep on her decision and wait until the time was right.

The alarm clock went off for the fourth time – buzz! Keisha woke-up, rushing to take a shower and get ready for work. She was notorious for hitting the snooze button on the alarm clock.

She woke Patrick prior to jumping in the shower. After showering and getting ready, she jumped in the car heading to work. Ripping through traffic and speeding her way to the office, Keisha made it to work on time, but she knew that a long day was ahead.

After dealing with the stressful activities of her nursing job, she was planning to tell Patrick about her decision to go natural and big chop during dinner that night.

Nevertheless, Keisha felt as free as a bird. She had been reading interviews of other women who had made the decision to go natural – some who transitioned from relaxed to natural hair, others who decided to big chop.

Now, once Keisha’s workday had ended. She immediately jumped in the car, ordered Chinese food for dinner and headed home.

After picking up the Chinese food, she pulled in her driveway and noticed that Patrick had already made it home. Patrick, who is a crime scene detective, was doing some work around the house when Keisha got home.

Keisha set the table and the couple sat down to eat dinner. After a few moments of pleasantries and general chit-chat, Keisha told Patrick of her decision to join the natural hair community.

Keisha: “Patrick, I’ve been thinking about changing my look a little.”

Patrick: “Really? What did you have in mind?”

At this point, Patrick pauses – probably because he’s not completely sure what that means. He then ventures into the unknown and asks, “What does that mean”?

Keisha said, “Going natural basically means that I’ve decided not to get another relaxer. With this decision, I can either transition to natural hair or big chop. I’ve decided that I’m going to cut all of my hair off. This is referred to as a big chop in the natural hair community.”

Patrick is utterly confused by the news that his wife is going natural. He’s still not really sure what going natural means. After dinner, Patrick went downstairs, grabbed his laptop and started doing some research of his own.

He started searching the internet for keywords like natural hairstyles, natural hair community, and many other related terms.

Having only been exposed to relaxed hair throughout his life, he didn’t understand what was wrong with Keisha’s relaxed hair. He didn’t want his wife to cut off all of her hair. To him, she had lost her mind.

The confrontation began when Patrick told Keisha that he had just finished doing some research on going natural and thought she was making a bad decision. 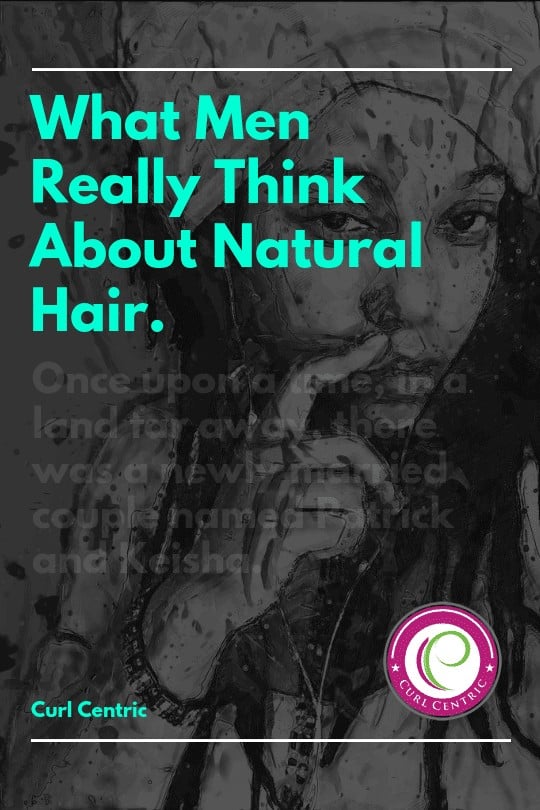